Sometimes we have leftovers. Like, a lot of leftovers.

Sometimes we don’t have any.

Why is there such a weird cycle of this? It drives me crazy because when there aren’t any leftovers it means I have to either eat plain old salad for lunch or make something new. Or else it means that there isn’t anything for Joe to take to work. 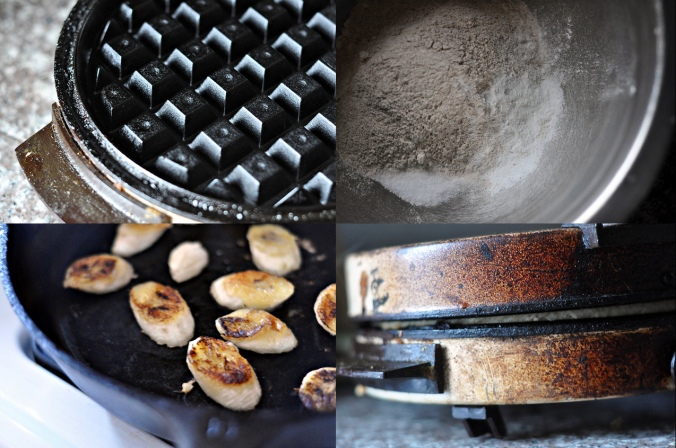 But what I hate even worse is when we have a lot of leftovers and things get forgotten about or ignored (because there are better leftovers in a different container) and then go bad as a result. You can’t feed everything to the chickens, you know.

One thing that’s always kind of an oddball leftover is oatmeal. Oatmeal? I’m not really sure how we end up with leftover oatmeal on a regular basis but I can tell you that I’ve had it in the fridge half a dozen times this Winter. 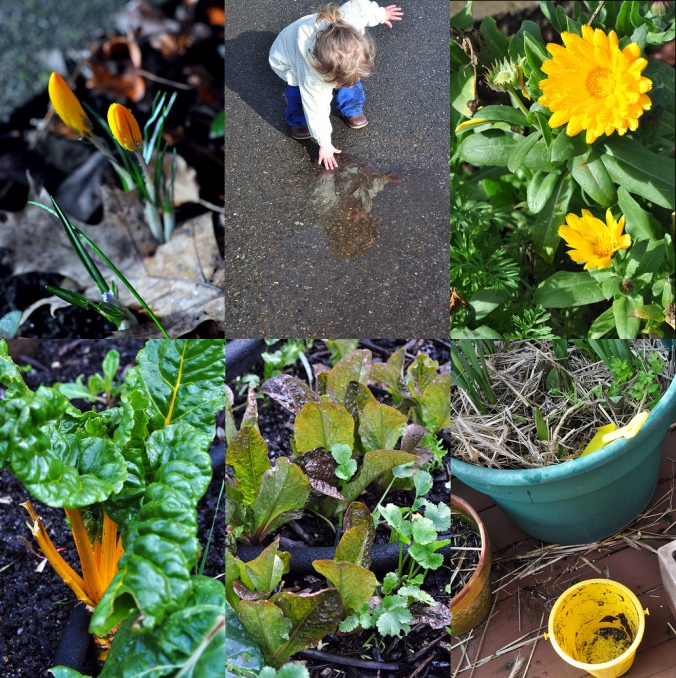 Good thing Winter is almost over and we can stop eating oatmeal as often because we’ll feel like eating fruit salad instead. Spring is coming. We’ve got flowers blooming, and I’ve been pulling radishes and pre-sprouting pea seeds in the oven like they were a bread dough to coddle.

But until Summer is actually here and we’re eating fresh fruit and yogurt everyday, I’ve figured out what to do with that leftover oatmeal that isn’t “feed it to the chickens” (or now, the worms in the worm-bin). 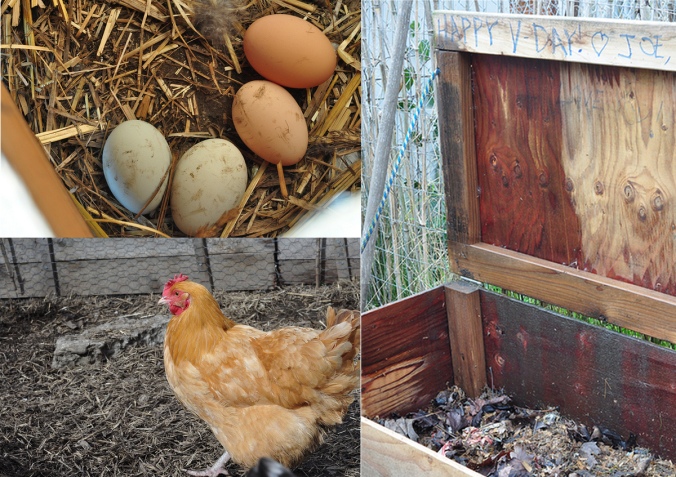 Yes! I love waffles. We eat waffles at least once a week and it’s still one of those breakfasts that the boys consistently get super excited about, as if I never make them or something.

And as an added bonus, these waffles are pretty healthy. There’s a bit of applesauce in there for sweetness, which also makes it so there’s no added oil or butter like a lot of waffle batters. So, they’re relatively low fat and almost entirely whole grain.

They are, however, 100% entirely delicious. And they make a breakfast hearty enough to fill you up so that you can go out and garden for a while, or splash in puddles.

Oatmeal and Applesauce Waffles
makes 8–8″ waffles in a Belgian waffle iron, batch easily splits in half

If you decided to halve the recipe, use one whole egg and one egg white.

While the waffle iron heats up, whisk together all the dry ingredients. Next whisk in the eggs, milk and applesauce. Once the batter is an even consistency, add in the oats and use the whisk to break them up, then whisk them in. It will still be kinda chunky from the oats, but that’s a good thing.

Cook however you like to cook your waffles. It would probably also make excellent pancakes, though I haven’t tried that yet.

9 thoughts on “Break the Cycle”