The last few weeks have been a whirlwind of activity. In case you missed it, I announced plans earlier in the week to start a food truck here in Seattle. Getting ready to go big has made life busier than usual, especially between travelling to the East Coast for a wedding and kickball season starting.

Also, it’s June in Seattle now so you know what that means–cold, rainy days with sweaters and mugs of tea.

I’m being 100% serious right now. I am wearing a sweater and thick socks as I write this. If it wasn’t that it’s still light at 9:30 it would be just like…fall. Us locals sometimes refer to June as “Juneuary” and for good reason. Tonight’s game is going to be very muddy.

I’ve been meaning to share this soup for a while. I figure that now is as good a time as ever, since I made it again very recently for a friend who’s been going through a hard time with her health and has had to cut out gluten very suddenly. She declared the soup to be very good, and I promised her the recipe. In fact, I’ve never had anyone tell me that they didn’t like this soup.

Take your time with the stock and you won’t have to do anything else to make the soup good. The stock is a treasure box of spices, but nothing that is too spicy unless you want to make it so. I really do suggest using a roasted chicken to make the stock, for a deeper, meatier flavor. When I made the soup for the photos you see here, I didn’t have a roasted chicken on hand–just one I had cut most of the meat off of to grill–and the soup was not nearly as good. Don’t skimp on the spices either–nobody likes a thin watery broth when they could be eating soup robust enough to knock you back in your seat. Taste as you go, and if it isn’t spicy enough add another pepper, and more cumin to balance if necessary.

Use the sweetest carrots you can find, but don’t use fresh tomatoes unless it’s actually tomato season. You’re not going to add many so you want them to actually taste like tomatoes. I keep a stash in my freezer that I pull out for occasions like this, but I know that’s not something everybody has. Canned ones are fine, just look for cans that say BPA free, because the acid in the tomatoes really will leach the chemical into your food.

Whether you are using a chicken you roast just for this soup or are using a chicken that was leftover from another dinner, you will want to remove all the meat from the bones and boil the entire carcass. I usually also boil any leftover skin and drippings from the roasting pan. Shred the meat into small bites and set aside.

Chop the onion, celery and carrot into large, rough pieces. Along with the chicken, put them in a large stock pot and add the spices. You don’t need to tie them into cheesecloth because you will have to strain the whole thing anyway. Cover with enough water to submerge entire chicken. Bring to a boil over high heat and then turn it down and let simmer for 2-3 hours, the longer the better.

While the stock simmers, prepare the other ingredients. If you don’t have leftover rice, cook it now and set aside until the broth is ready. For extra oomph, cook it in stock too if you have some already sitting around. For my soup, I used tomatoes and zucchini frozen last summer, which helps the process of removing as much water as possible. I don’t expect you to have stuff just hanging out though, so you can use the following: Drain the canned tomatoes thoroughly–if it’s short of the cup and a half, that’s totally Ok, or you can add another can. Up to you. For the zucchini, shred it on the largest holes of a box grater and add about 1 tsp of salt. Toss to coat and leave in a colander to drain the liquid off as the salt releases it from the zucchini. Occasionally, stop by to press on the solids–this will help release as much water as possible. If you don’t end up with exactly 1 1/2 cups, that’s OK. Better to have less water than more bulk.

Once you are satisfied that the stock has cooked for long enough, drain out all the solids and discard. Put the stock back in the pot and add in the carrots, zucchini and tomatoes. Simmer until the carrots are just tender, then add the rice and chicken. Cook, stirring occasionally and tasting as you go. When the rice has expanded and absorbed all the liquid it can absorb and everything is starting to really meld together, it’s done.

Garnish with sour cream (we use Tofutti brand which is certified kosher-parve), limes wedges, fresh cilantro, tortilla chips, hot sauce, and anything else you might eat in a taco or burrito.

Sometimes we have leftovers. Like, a lot of leftovers.

Sometimes we don’t have any.

Why is there such a weird cycle of this? It drives me crazy because when there aren’t any leftovers it means I have to either eat plain old salad for lunch or make something new. Or else it means that there isn’t anything for Joe to take to work.

But what I hate even worse is when we have a lot of leftovers and things get forgotten about or ignored (because there are better leftovers in a different container) and then go bad as a result. You can’t feed everything to the chickens, you know.

One thing that’s always kind of an oddball leftover is oatmeal. Oatmeal? I’m not really sure how we end up with leftover oatmeal on a regular basis but I can tell you that I’ve had it in the fridge half a dozen times this Winter.

Good thing Winter is almost over and we can stop eating oatmeal as often because we’ll feel like eating fruit salad instead. Spring is coming. We’ve got flowers blooming, and I’ve been pulling radishes and pre-sprouting pea seeds in the oven like they were a bread dough to coddle.

But until Summer is actually here and we’re eating fresh fruit and yogurt everyday, I’ve figured out what to do with that leftover oatmeal that isn’t “feed it to the chickens” (or now, the worms in the worm-bin).

Yes! I love waffles. We eat waffles at least once a week and it’s still one of those breakfasts that the boys consistently get super excited about, as if I never make them or something.

And as an added bonus, these waffles are pretty healthy. There’s a bit of applesauce in there for sweetness, which also makes it so there’s no added oil or butter like a lot of waffle batters. So, they’re relatively low fat and almost entirely whole grain.

They are, however, 100% entirely delicious. And they make a breakfast hearty enough to fill you up so that you can go out and garden for a while, or splash in puddles.

Oatmeal and Applesauce Waffles
makes 8–8″ waffles in a Belgian waffle iron, batch easily splits in half

If you decided to halve the recipe, use one whole egg and one egg white.

While the waffle iron heats up, whisk together all the dry ingredients. Next whisk in the eggs, milk and applesauce. Once the batter is an even consistency, add in the oats and use the whisk to break them up, then whisk them in. It will still be kinda chunky from the oats, but that’s a good thing.

Cook however you like to cook your waffles. It would probably also make excellent pancakes, though I haven’t tried that yet.

I have vivid memories of being at the kids’ table when I was a little girl. This would have been at my Grandma Vernice’s house for holiday dinners, probably Christmas because we mostly spent Thanksgiving with my mom’s family. But still, a holiday dinner nonetheless.

I remember feeling very grown-up getting to sit in a totally different room from the real grown-ups. We even got out own butter plate. How cool is that? There were probably times when I wished I could be part of the larger group, but thinking back, those feelings are overwhelmed by how special it felt to sit with just my older cousins in charge.

But now, I can’t even remember the last time I was at a family event that had a kids’ table. That thought prompted me to set places for the boys this year that were a little apart from the grown-ups, but not too far. I hope they liked it. Even if Nanna sat with them. 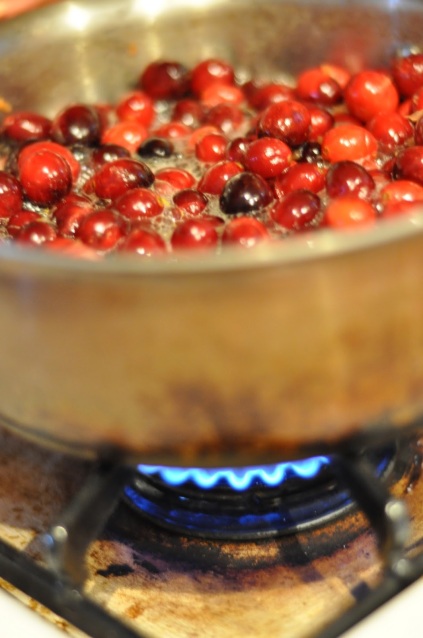 This year was my last small Thanksgiving for a while. While it was nice to have complete control over the food, I’ve decided it is time to go back to going big. I used to have family thanksgivings that were probably at least 15-18 people, and I kind of miss that. The last couple of years we’ve had just 5-8. That’s a pretty big difference. I guess I’m just cut out from a bolder cloth than that. 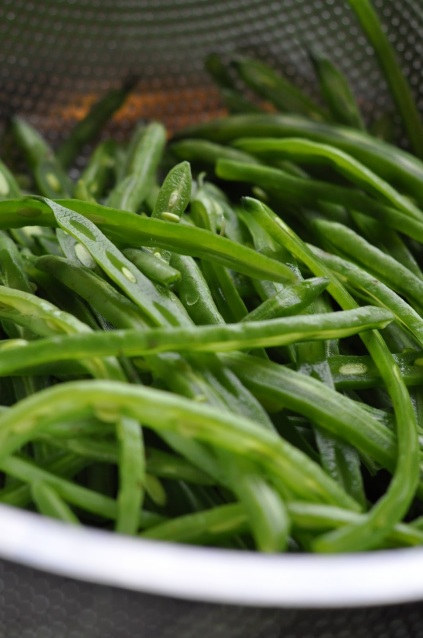 As you can imagine, having fed only 8 people this year, 3 of them under 10, we had a lot of food left. So this week I have been using it up and spreading it all out. I wanted to pass on my favorites, just in case you still need some ideas for creative ways to use up those leftovers.

To aid in the making of shawarma, pot pie, etc. I shredded all the meat that was leftover as I made the stock. That way I was able to get all the bones and bits into the stockpot, and have all the leftover meat ready to go for making dinners this week.
I hope your Thanksgiving was something special, no matter how many people were there or what you ate. And now on to the end of the year!